About the Arabic tobacco,Dokha, and it's traditional Medwakh smoking pipes.

This interesting loose pipe tobacco has it's roots deep in Middle Eastern culture and history.  The popular rise in different tobaccos and an alternative to cigarettes, Dokha has remained pure and natural simply because it is farmed today as it was hundreds of years ago - by hand. Dokha is left to dry in the desert normally pinned and hung up to ensure the whole leaf is dried evenly in the sun.  Once suitably dried, the Dokha tobacco leaf is finely ground until it looks like it current state.

Due to the lesser degree of processing to arrive with the final product, dokha tobacco appears essentially unaltered and maintains the green coloration of the natural plant. 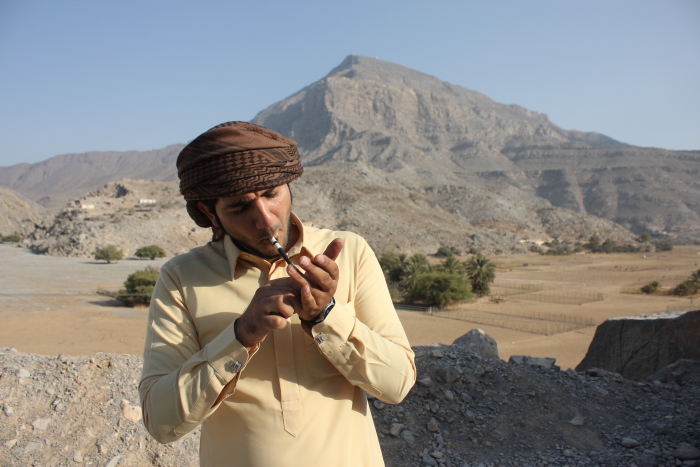 Dokha Europe strive to bring the best cuts of Dokha tobacco right to you!

Hundreds of years ago, local Arabs living in the UAE and Iran enjoyed Dokha pipe tobacco because it was cheap, natural and gave them a lifting buzz.  Not a lot has changed in the way the plant is grown or harvested, however a much wider range of blends have been developed as well as more knowledge into the best producing tobacco plants. Today the traditional methods of cultivating the Middle Eastern Arabic tobacco are as active as ever.

If you have not tried Dokha tobacco before, you surely will have some questions and a certain interest to taste the Dokha.  Dokha Europe customers are happy to know that Dokha tobaccos are simple and pure – of organic crops irrigated with only fresh water. Our dokha tobaccos are free of chemical additives found in most other smoking products. Our customers are also pleasantly surprised to note that smoking dokha does not impart a residual and often foul odor associated with most tobaccos due to the nature in which dokha is both prepared and smoked. Due to health considerations, we have learned, a large number of our customers decide to exclusively smoke dokha as it causes them to physically smoke less tobacco (compare approximately 1.4 to 1.9 grams of tobacco contained within a cigarette versus 0.13 to 0.15 grams per smoke with dokha). Also, with smoking less tobacco through the filtered medwakh pipe, the amount of tar reaching the lungs is further limited when one maintains their same smoking habit. As to NOT mislead you, we are inclined to mention here however, that Dokha Europe does not claim that smoking of any tobacco product is advisable for your health. Its still tobacco.

Dokha is enjoyed with the use of a small, crafted smoking pipe, or medwakh. Originally, hollowed animal bones were used as pipes; however craftsmen also made pipes using different types of exotic wood, among other materials, as a sign of prestige and status. Just as with any smoking device, medwakh are offered in a range of varieties for your individual preference and sense of nostalgia. Consider each medwakh a handcrafted artistry that you will feel proud to own and display as you enjoy your pastime.

We hope the above description clarifies for you what you may have heard about dokha and medwakh as we invite you to try for yourself a remarkably premium tobacco to offer delight to the true connoisseur (or just that wild guy or gal with a taste for enjoyment of life – in all of its forms).